For the complete May issue and all our regular features, click here.

Looking back at the sport’s history 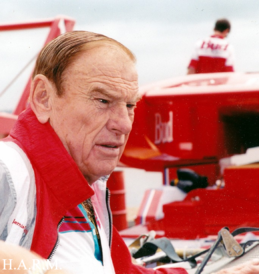 UNJ: What were some of your early experiences?
Did you go on to college?

Jones: No. All of my education was private school, from fourth grade on. The school rented space at a church and we used their Sunday school rooms for our classrooms, and I remember all the way to my senior year being in that type format. We had block timing back then, so it’s two hours math, two hours of history, two hours of whatever, and then the next day you throw a different topic in there. The nice thing being, when I was in high school, physical education was, you go to the beach. We’d all pile in the bus and go down to Huntington Pier. The P.E. teacher didn’t care what you did as long as you didn’t lay down and sunbathe. You had to participate in some sort of activity. Volleyball, surfing, football, catch, Frisbee, something. Didn’t want to get in trouble, they’d let me keep doing something.So, I had no problem with that. That was perfect for us. Of course, Disneyland’s right in your back pocket. So, when customers would come pick up their boat,
sometimes they would bring their family. Well, it was me and my sisters’ responsibility to keep ‘em occupied while they hurried up and finished this guy’s race boat. So we went to Disneyland more than our share.

What was your first exposure to boat racing? Probably your whole life, really.

Depending on where we lived and what span that occurred in, I guess, would depend on where we would go for summer boat racing. Everybody said, “Oh, what did you guys do for holiday, what did you do for your family vacation?” I said, “We went on a lot of vacations.” Every summer we’d go on vacation as long as there was boat racing nearby. (Laughter.)

AN INTRODUCTORY COURSE ABOUT THOSE
ROUND, SPINNING THINGS
THAT MAKE A HYDROPLANE GO FAST.

Race boat propellers are very simple looking pieces of equipment, which in fact are extremely complicated and not well understood, even by the people who work with them daily.

One of the reasons that they are so misunderstood is that they look so much like conventional, fully submerged propellers, which have been around almost 200 years. The latter have been at the heart of the multi-billion-dollar shipping and naval-defense industries and have been so thoroughly researched and tested that their performance can be accurately predicted from their design specifications.

The sport of unlimited hydroplane racing has one of the longest histories in all of motorsports, dating back even beyond the first running of the Gold Cup in 1904. As the sport gets ready to hold another racing season, we take the time each spring to look at boat racing’s legacy and to consider what has gone on before. With the 2019 campaign fast approaching, let’s look at what happened 25, 50, 75, and 100 years ago. 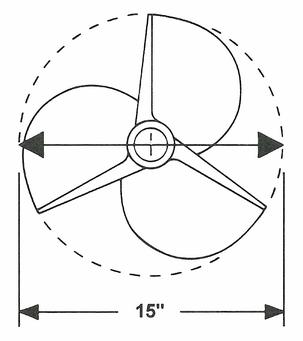 Sometimes a huge advantage on paper doesn’t come true on the racecourse, however. And, the 1994 season would offer just such a surprise for Bernie Little and his team.

Things got off track for Miss Budweiser right at the start. While preparing to start the first heat of the Gold Cup, the boat smashed into a wave that blew open the escape hatch on the bottom of the hull. The result sent a blast of Detroit River water and debris into the cockpit that injured Hanauer.

The team quickly enlisted the services of Mike Hanson to take the boat’s controls, but he managed only a third-place finish. The winner was Mark Tate in the Smokin’ Joe’s, a craft owned by Steve Woomer and widely considered to be the best challenger to Budweiser’s reign. Nate Brown drove the colorful Tide to second place. 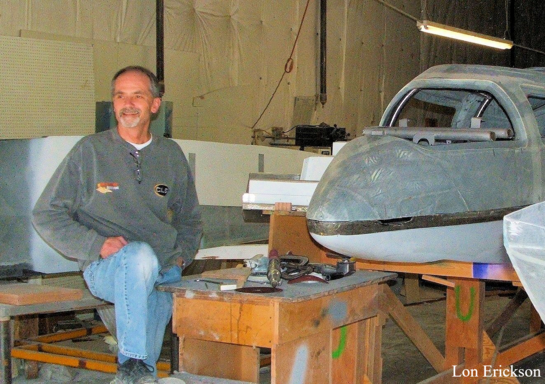 The Budweiser team also had the advantage of having multiple top-tier boats. During the season, they would use three different hydroplanes. They’d bring two of them to most of the events, would test and qualify both, and then would enter
the boat that they felt was best suited to win the race. Everybody else was limited to just the one boat that they brought.

Ron Jones, Jr., was born into a famous boat racing family on April 4, 1957. The birth took place in Renton General Hospital, a building that is now a McLendon Hardware store. “I was the first grandson born into either side of the family tree, so it was pretty exciting,” he says. “My mom had already had two girls and everybody was nervous, you know, could we get a girl or are we gonna get a grandson? So, I showed up. Of course, I could do no wrong. First son in the family. Grandfather was trying to move a refrigerator down a flight of stairs. He let go to celebrate, pinned two of my aunts against a wall until he collected his thoughts and asked for help. Still talk about that to this day.” The following interview with JR was conducted by Craig Fjarlie and Bob Senior on January 17, 2019.

When the 1994 campaign got underway in Detroit, every fan and participant in the sport was already sure who would eventually win the national championship. Bernie Little’s Miss Budweiser team was the clear favorite. During the previous five years, they had won four national titles and 28 of the 40 races they had entered. What’s more, they had one of the most successful drivers the sport had ever seen. When the season started, Chip Hanauer had already collected