SEATTLE (April 30, 2019)—After a two year reorganization effort, H1 Unlimited, the governing body for powerboat racing’s most prestigious class of hydroplane racing, announced today they have hired Ron Perry as the sport’s executive director, effective May 1, 2019.

Areas of expertise in marketing, sponsorships, logistics, finance, IT and strategic leadership, Perry will manage the business direction and day-to-day strategic management of  the power boat racing series, including, race host partners, marketing partnerships and general supervision of  the sport’s network of  volunteers.

“I’m excited to bring the sport into the 21st century”, noted Perry. “Top priorities on my list are to bring reliable race coverage to the fans anywhere in the world, the use of drones, GPS and other technologies to ensure the racing is without controversy.  This will not only make the fan experience exciting, but actually cost effective.”

He went on, “When a sport has an exciting product and direct fan engagement, sponsors will want to be a part of it because it will actually be valuable to their bottom line.  Happy fans will bring happy sponsors and as a result, create a more stable product that can be expanded to new race sites.”

This is the first time in three racing seasons that a non-boat racer will fill the sport’s top position.

Doug Bernstein was at the reins in 2017 and retired national champion driver, Steve David, led the organization from 2015 and 2016 after Sam Cole resigned after a ten-year tenure.

Chairman of the Board, Tim Austin said, “Ron’s goal will be to expand H1 Unlimited’s financial self sufficiency through quality sponsorships that complement our host race partners and race teams, allowing us to continue to provide professional power boat racing to our fans.”

Now retired from the military, Perry, will continue as a senior account manager at a Washington D.C. advertising agency. 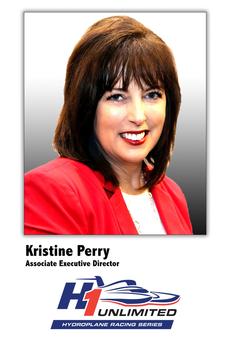 H1 UNLIMITED HYDROPLANE RACING SERIES
H1 Unlimited hydroplanes are the fastest racing boats in the world and the American Power Boat Association, doing business as H1 Unlimited, sanctions races.  With deep history, the 116 year-old sport‘s majority of  hydroplanes are powered by turbine-engines that produce 3,000 horsepower, allowing the power boats to reach speeds of  nearly 200 mph, producing a massive 60-foot tall, 300-foot long wall of water behind them called a rooster tail.  With very few restrictions, these majestic hydroplanes race in front of  shorelines, riverfronts and beaches packed with fans on bodies of  water throughout the United States.  For additional information on the 2019 H1 Unlimited Hydroplane Racing Series, visit the Series’ Web site at www.H1Unlimited.com or visit on social media at Facebook’s ‘H1Unlimited’ and Twitter ‘H1Hydroplanes’. 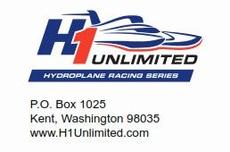 Austin also announced that after a three-year absence from the sport, Kristine Perry will return to H1 Unlimited in the newly created position of associate executive director, responsible for the organization’s operations.

Kristine previously held the position of  director of  marketing and administration for H1 Unlimited from 2014-15 and partnership marketing manager from 2011-13.  She also held a team management position for Ellstrom Racing.  In 2018, she earned her masters degree in sports management from George Washington University.

“Her vast experience with hydroplane racing plus her game day operations with the Maryland Black Bears hockey team and Maryland Blue Crabs baseball team make her a uniquely skilled person to assume the leadership of the organizational needs at H1 Unlimited,” Austin said.

Additional organizational changes would likely occur prior to the start of the season that begin with testing scheduled for Tri-City, Washington on Friday, May 31, 2019. 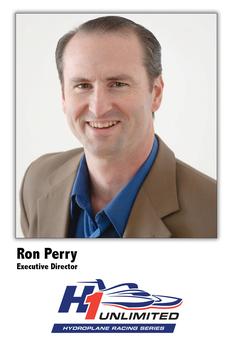