You drove Cutie Radio in qualifying at Seattle and then resigned.

UNJ: In 1961, you had your first opportunity to drive an unlimited hydroplane. You drove Cutie Radio at Coeur d’Alene. You were still involved with inboards at that time, is that right?

Schumacher: I still had a 280. In fact, I made the statement to
my father, and one of the press guys overheard me, that my 280
was faster than that Cutie Radio. And that wasn’t accurate. It might’ve been able to beat it all the way around the course. The
Cutie Radio would go about, I think I finally got it up to about 135. The 280 went 104. So, it was faster, but it didn’t corner well,
and it didn’t have any horsepower to speak of for an unlimited.

So, it was a pretty big dog in the turns. I have photographs of that race over there…

That was at Coeur d’Alene.

At Coeur d’Alene that show me in front in the first turn. And in the back you could see Muncey catching me, but I was ahead at the time. How I would up beating him to the first turn in that boat I have no idea, but I did. That was the end of it.

What was it like? You had to get qualified as an unlimited driver.

In part one of the interview with Billy Schumacher, he talked about his early racing in outboard and inboard classes and how his experience in smaller boats set the stage for his advancement into the unlimited class. In part two, he recalls his first ride in an unlimited and how he focused on stepping into faster, more competitive boats. The interview was conducted by Craig Fjarlie on May 29, 2019.

Half Lion, Half Eagle

A BRIEF HISTORY OF THE
ROLLS-ROYCE GRIFFON AERO ENGINE

Billy Schumacher during his first ride in an unlimited, the Cutie Radio, which he drove
at the 1961 Diamond Cup in Coeur d’Alene, Idaho. 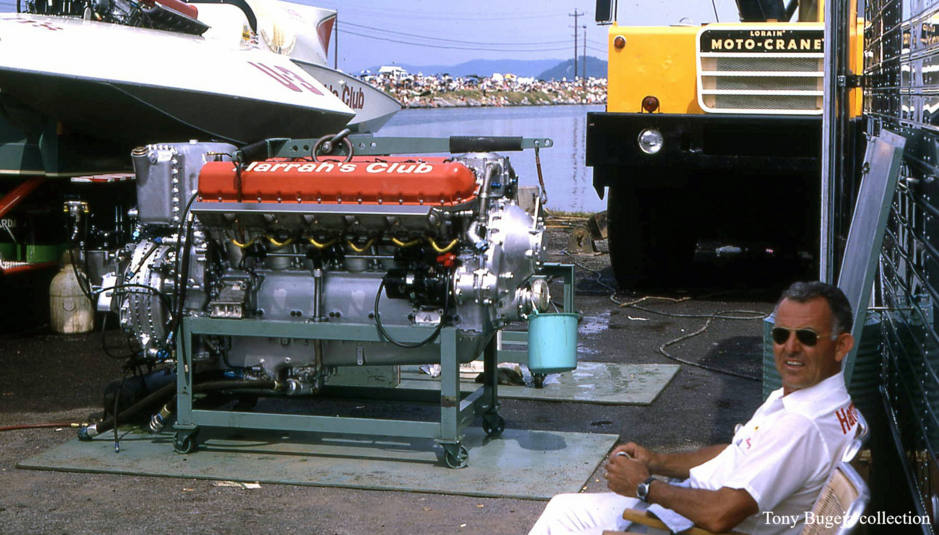 operating factors will be monitored by a new GPS recording system that will be reviewed by officials after each heat has finished to see if any rules were violated.

Under the new procedures, H1 Unlimited will commission Racepak Data Systems
(a Holley brand) to design and build units that will record each boat’s GPS speed,

intended for the smaller Merlin.

Over 2,000 Spitfires and navy Seafires, including all marks numbered above XVI, flew with the big engine. Many people thought them a kind of super Spitfire, deserving a different name. Indeed, the ultimate Griffon-spits, which became available in limited numbers at war’s end, were called Spiteful by the RAF and Seafang by the Royal Navy.

Fairey meanwhile continued building Fireflies, 1,700 of them, right up to 1956. The other peacetime Griffon user was the four-engined Shackleton patrol bomber. Avro delivered 180 between 1949 and 1954; Mk.2 Shackletons remained operational in squadron strength well into the ‘70s.

Summing up: the Griffon progressed from 1,720 takeoff horsepower in early models until it yielded more than 2,000. Weight grew, correspondingly, from 1,800 pounds to 2,200 pounds, plus. Two-stage supercharging (introduced late in 1942) added part of that weight. The second stage, and charge cooling, improved altitude performance. Mk.101, among the
last Griffons, had a three-speed, two-stage blower and made 2,420 horsepower at 5,000 feet, pulling 80 inches and 2,750 rpm. With this engine, a Supermarine Spiteful F.16 topped 494 mph, the fastest level-flight speed ever achieved by a piston-engined British aircraft.

The Griffon engine made its first appearance in an unlimited in powering the Miss Canada IV.

Harry Volpi, team manager for the Harrah’s Club, relaxes near the Rolls-Royce Griffon that his boat used during the 1968 season.

The Griffon, like its cousin the Merlin, is a liquid-cooled, in-line engine with 12 cylinders arranged in a 60-degree vee. It displaces 2,239 cubic inches (36.7 liters), a third more than the Merlin. Both trace their ancestry to the Rolls-Royce Kestrel of the 1920s.

A scaled-up version, the Type “H” or Buzzard, proved unsuccessful but formed the design basis for the legendary “R,” which was handmade for defense of the Schneider Trophy in 1929 and 1931. Great Britain won both races and took permanent possession of the cup, which was then synonymous with the world’s air speed championship. Two weeks after its final victory, the same graceful Supermarine S.6B float plane raised the straightaway record to 407.5 mph.

More modest projects occupied the Rolls-Royce staff during the early ‘30s. Following several failures, another Kestrel derivative, the Merlin, appeared. It was serving the Royal Air Force when World War II began. Designers then looked again at the 2,239-cubic-inch dimensions of the “R” for their next venture. They set an important conceptual
goal: that the new engine should fit airframes originally

Flashing strobe lights will no longer be used to monitor whether a boat goes too slow before the start of an unlimited hydroplane race, according to new procedures
adopted by H1 Unlimited. Instead, the speed and other 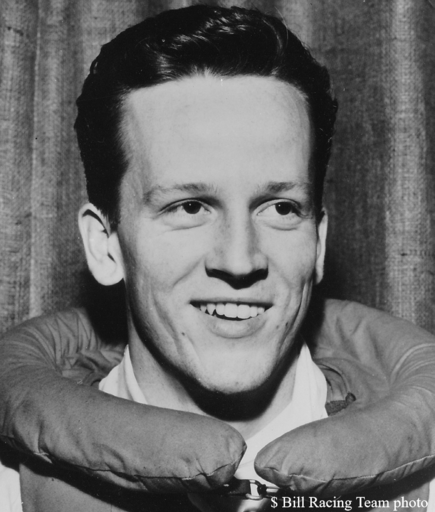 I knew the boat wasn’t fast enough to win, but I thought they could safely go around me, which they did. In that particular race all the other boats either crashed or conked out and we
wound up with a third place out of it.

Coeur d’Alene tended to be kind of rough water.

It was. And it was Slovak and the Exide that crashed there.

Was it a couple years later?

For the complete February issue and all our regular features, click here.

Yeah, that meant a physical and meant also, I think, a few laps around the course where they decided whether you could or couldn’t do it. You know, I had a lot of experience not only in outboards. How old would I be? In 1961, I was 19.

One of the youngest drivers ever.

Yeah, I think I was the youngest. And also the youngest guy to ever win a Gold Cup. That record still stands. But at 19, nobody really had a lot of confidence in me. Bob Miller did because he knew of my—owned Cutie Radio—he knew of my outboard and limited experience and my accumulation of victories. And so, he wanted to give me a try.

I remember running a lot of laps over there in that boat, in Coeur d’Alene, just learning how to qualify. Bill Muncey, because he sold us our 280, he was right there to help me with anything I needed, and also give me advice on what to do and what not to do. One of his advice things was to stay out of the way, (laughter) which I didn’t listen to because no one competitive wants to stay out of the way.

There’s always been a mystique about the Rolls-Royce Griffon engine, an enlarged version of its sibling, the more common Rolls-Royce Merlin of World War II fame and a mainstay of hydroplane racing in the 1950s through the early ‘80s. The following article was written at a time when the Griffon had yet to make its

biggest mark on the sport, but when it was clear that day was coming.

The article was published in the February 1977 issue of the Unlimited NewsJournal,

two years before the Budweiser team would use the engine to great success.