For the complete April issue and all our regular features, click here. 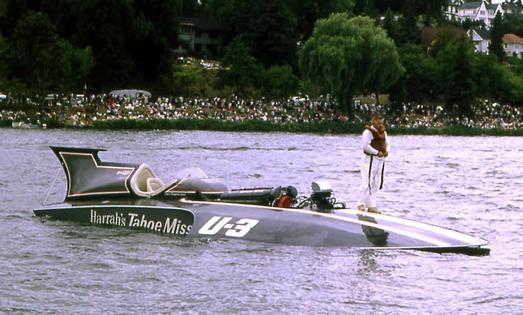 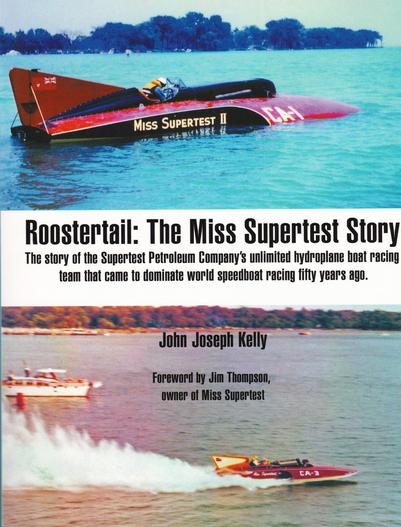 FROM THE UNJ VAULT
Joe Taggart: The jovial
ice-cream man from Canton.

As the current 1979 U-2 Squire Shop restoration project is nearing its completion and the 1971 U-6 Miss Madison (2), the former 1960 U-79 Nitrogen Too,  is starting to ramp up, several other hulls are not far behind. Three of these restoration projects have caught my eye, and all three played a role in creating my passion and addiction for the hydroplanes.

Around the Circuit
by Chris Tracy

He raced often against Jack “Pops” Cooper from Kansas City, who also had Ventnor boats and told Taggart one day about a sale he had made. “I’ll never forget when he said to me, ‘You want to know where I sold my last boat?’ I said, ‘Where?’ He said, ‘To somebody way up in Seattle, Washington.’ I said, ‘Where!?’” Little did he know that the buyer, that “somebody,” would turn out to be Stanley Sayres, who many years later would make Taggart well known in the sport.

In 1946, 1948, and 1951 Taggart entered his 7-litre Tomyann in events that included Gold Cup– and Unlimited-class competitors and in 1952 he got his first ride in the big boats when he drove Miss Great Lakes II. He then joined Sayres and the Slo-mo-shun team in 1953 and remained there for four years, winning the 1953 Gold Cup in the process.

Why, some students of the sport ask, has Taggart earned such a lofty place in the Slo-mo story and in Gold Cup annals? After all, he won only one race and was overshadowed by the hard-driving Lou Fageol. But others remember him for his “heart,” and certainly for his final ride. He was the last to drive a Slo-mo-shun boat.

The following interview first appeared in the Unlimited NewsJournal in January and February 1976 and was conducted by Craig Fjarlie amid the helter-skelter of race day morning at the 1975 Seafair race. As Joe Taggart
shared his story with a Coast Guard chopper thwomping at the ear, former Slo-mo-shun crew chief Mike Welsch happened by and hollered: “Don’t tell him any lies, Joe.” Taggart chuckled and replied, “I don’t think I can tell you anything that hasn’t been told before.”

After the ’69 season, the hull was stored away for nearly a quarter century before she was rediscovered to eventually become a big-screen superstar as the U-6 Miss Madison in the 1999 motion picture Madison. She carried many coats of paint from that point on, with her last being
the 1975 U-8 Oh Boy! Oberto.

What makes this particular restoration so special
is that she will eventually represent one of the oldest names in modern-day hydroplaning, the famous Notre Dame.             Continued, click here...

The success of the Slo-moshuns became a legend of men as well as machine. Joe Taggart, a jovial ice cream man from Canton, Ohio, was certainly a big part of that legend. He began boat racing in 1928 while still a high school student and in 1938 got his first three-point hydroplane, one of the first Ventnor 225s on the market. That’s when he first got wind about the racing that was going on in faraway Seattle.

Looking at the outside, it would appear that little has happened in the world of unlimited hydroplane racing for well over a year. Thanks to the Covid-19 pandemic, the 2020 season was a total washout. Not since World War II, when all racing was canceled in 1945 because of the war effort, had an entire year gone by with no action.

But pull away the curtain and peek inside, and one will find that there continues to be activity within the sport. A new race team has been formed, other teams have moved to new homes, and crews have been working quietly to make sure their hulls and engines are better than they were when the hydros last saw action late in September 2019.

There also has been action on the administrative side of things.

H1 Unlimited rarely comes to mind when one thinks about the sport, and that’s the way it ought to be. The attention deserves to be on the race teams and drivers who are out there creating the action that hydroplane fans love to watch. But
what transpires at H1 also plays a role in what happens on the racecourse and is also important to the future of hydroplane racing.

So, let’s take a brief look at what’s going on behind the scenes at H1 Unlimited. What’s being done to prepare for the 2021 season and for racing in years beyond that?

But, before we do that, it would be helpful to understand what H1 Unlimited really is, and what it’s not.

The original 1962 Notre Dame (4) is currently running on the vintage circuit as the 1967 U-12 Miss Budweiser. The hull being restored as the 1962 Notre Dame is the original 1961 U-33 Miss Lumberville, which later became the U-10 Savair’s Mist. All three hulls were designed and
built by the great Les Staudacher and, being very similar in design, were easily interchangeable.

I remember the Savair’s Mist  with Walter Kade behind the wheel making the final heat of the 1968 UIM World
Championship in Seattle, finishing in fourth place and collecting fifth place overall points and again at the 1969 Seafair Trophy race, this time finishing in eighth place. 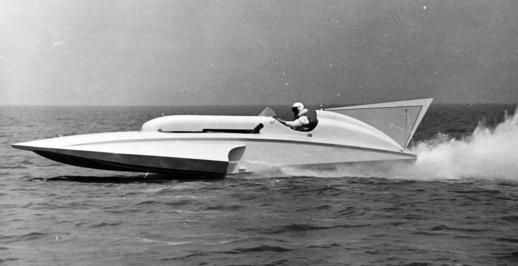 UNJ: How did you meet Stan Sayres? Was it through Lou Fageol, running the Midwest circuit, in Detroit?

Taggart: Well, I met Stan when he came east in ‘50. But it was Lou Fageol that got me the ride in the Slo-mo-shun IV in ’53. It was through Lou’s instigation that Stan invited me to drive the boat.

When did you hop in the Four for the first time?
Here in Seattle. I got here on Wednesday and took a ride Thursday morning, off Stan’s home at Hunt’s Point. Then we qualified Thursday afternoon.

Did Stan, or maybe Lou, go out with you, to kind of give you an orientation?

No, Mike Welsch went out with me. At the time they had just changed the water injection—an Allison—and he went along as much to see how that was working as anything else. Then, Martin Headman came with me and I went down to qualify. 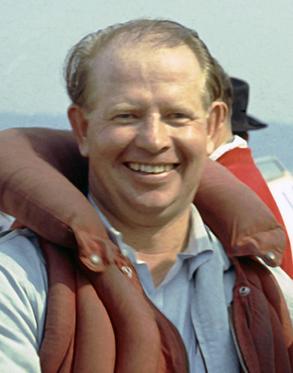 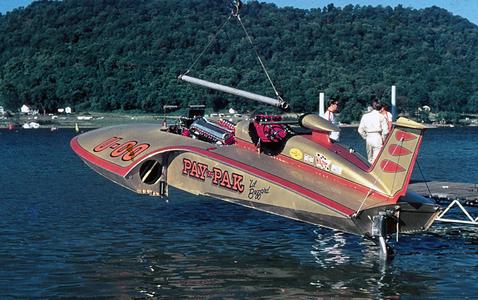 What’s going on at H1 Unlimited?

THE OFFSEASON HAS NOW GONE ON FOR 18 MONTHS,

BUT DESPITE THE LACK OF ACTION ON THE WATER,

THERE ARE STILL THINGS HAPPENING BEHIND THE SCENES.

The Supertest team was one of Unlimited racing’s most successful, yet also one of its most mysterious. John Joseph Kelly has written a book that thoroughly documents the Supertest boats that represented Canada four times in Harmsworth races.

In 1951, J. Gordon Thompson and his son Jim Thompson, bought Miss Canada III and Miss Canada IV from Harold and Ernest Wilson. Both boats were step hydroplanes. The Thompsons had watched the
1950 Gold Cup in Detroit and felt Miss Canada III was too small to
compete safely, so focused their initial effort on Miss Canada IV.

Gearbox problems prevented the boat from running in 1951, but it was entered in two races the following year with Bill Braden as the driver. Again, gearbox trouble haunted the boat. It was entered in a single race in 1953 and managed to finish one heat in sixth place.